A Short Story About 15 CPW

15 Central Park West has had a short but storied history. When it opened its doors in 2008, the building became an overnight success as New York City’s most exclusive address. New York hadn’t seen many new construction ground up condo projects take the form of such a timeless old world design. The building’s exceptional service level, classic design, and sweeping views of Central Park and New York City, are all equally impressive. Most impressive, however, is the caliber of residents that hail from across the globe. Heads of industry, heads of state, hedge funders, wall street titans, and a fair share of celebrities reside at 15 CPW as primary residents, owners, pied-à-terre, investors or tenants.

In designing this residential tower, New York City fan favorite architect Robert A.M. Stern paid homage to the pre-war aesthetic of the 1920’s and 1930’s Art Deco buildings along Central Park, Fifth Avenue and Park Avenue. Unlike those pre-war coops, however, 15 CPW is a new ultra-luxury condominium built in a classic and timeless design with an array of refined amenities. Comprised of two towers wrapped in an expansive limestone facade, the same limestone that was used in creating the Metropolitan Museum of Art and Empire State Buildings. The two towers are comprised of a 19-story “house” that fronts Central Park and a 43-story tower that fronts Broadway, joined by a glass enclosed lobby with private driveway to screen residents from paparazzi.

One of the most written about condo buildings in Manhattan real estate circles, the building has attracted an interesting array of residents. Residents include a lot of bold faced names, including those in finance and banking, heads of industry and a number of celebrities. Author Michael Gross details in his book House of Outrageous Fortune many interesting stories about the development of and residents of the building. In his book, he describes how the building was a bellwether of the city’s changing social and financial landscape over the last 15 years - a shift from pre-war coops and their picky boards to condos in newer locations, like Columbus Circle.

Why build a new condo in style?

Along the best thoroughfares in Manhattan, pre-war buildings on Central Park West, Fifth Avenue, and Park Avenue were built by the rich for the rich. These pre-war apartment houses often featured high ceilings, grand spaces, charming details, intricate ceiling and baseboard moldings, formal dining rooms, and multiple exposures - all harking back to years gone by. These gorgeous pre-war buildings, however, lack amenities, technology and modern conveniences.

Pre-war buildings tend to age more gracefully than many post-war buildings. Therefore, new buildings designed in pre-war style tend to stand the test of time and retain value. Mr. Stern concluded that combining pre-war style with amenities, technology and modern conveniences would be a recipe for success in Manhattan’s ultra-luxury condo market, and he was right.

The Most Desired Location in New York City

Located along Central Park two blocks north of Central Park’s southwest corner. It is two blocks north of the Time Warner Center in the Lincoln Square neighborhood of the Upper West Side. With Central Park as its front yard, residents of 15 CPW have a plethora of things to do: run along the Jacqueline Kennedy Onassis reservoir, ice skate on the Wollman Rink in winter, take the kids to see sea lions, penguins, tigers and bears at the Central Park Zoo, or take in the latest exhibit at The Metropolitan Museum of Art.

The proximity of the to just about every NYC cultural, dining, and shopping destination available, including Lincoln Center, Midtown offices, the Plaza District and Fifth Avenue, makes 15 CPW one of the most desired locations in New York. Lincoln Center is very close by. In addition, Whole Foods and the Equinox gym flagship are just two blocks south at the Time Warner Center. Top restaurants, including Per Se, Masa, Asiate, Nougatine at Jean George, can be reached in five minutes. Or, instead, dine at the on-site private restaurant with an in-house chef open exclusively to residents.

The Residences at 15 CPW

With 202 condos, from a 1,026 sq. ft. one-bedroom residence to a 6,617 sq. ft. four-bedroom residences, 15 Central Park West appeals to an array of condo buyers at varying price points, including primary home owners, pied-à-terre owners, investors and tenants. Ninety percent of the units have direct park views, but these views can be mostly found in the highest and largest apartments.

The building with a clubby feeling community

From the walnut paneled library, to the private dining room just for residents to private wine cellars and a well-appointed fitness center, the property has a clubby feel to it. There are residents-only events throughout the year that add to the club-like feeling. Like many private clubs in NYC, 15 CPW has its own share of the city's power players who are ready to relax, talk business, or network. A small army of over 40 staff provide the highest service level one will find in a NYC luxury condo to these power players and their husbands, wives, children and staff.

The private dining room has become a popular spot for power lunches, as well as Mother’s Day brunch and Thanksgiving Day breakfast (when the parade passes by the building). However, there is no dress code at the restaurant as one might find at a private club. On the walk to the walnut paneled library, which has dozens of books and comfy chairs, one will pass not one, but three gas-burning fireplaces - indeed, very cozy and clubby.

The Architect Behind 15 CPW

Robert A.M. Stern is the founding partner of Robert A.M. Stern Architects LLP (RAMSA). Although mostly recognizable for his traditionalist designs, Mr. Stern's firm has designed buildings across various styles, from traditional to modernist, depending on the context and location, including residential, commercial and hotels for The Walt Disney Company. Robert A.M. Stern's recipe for success in NYC has been designing new developments in pre-war style. His work can be found at other key buildings in NYC, including 20 East End Avenue, 520 Park Avenue, Superior Ink, 30 Park Place and 220 Central Park South.

These twin towers are located at 25 Columbus Circle and 80 Columbus Circle, respectively, with The Shops at Columbus Circle connecting the two towers at the base. Designed by SOM and developed by The Related Group, apartments here boast great views of Central Park and the Hudson River.

CENTRAL PARK TOWER
Designed by architects Adrian Smith and Gordon Gill, this super-tall new construction tower at 217 West 57th St. (at the corner of Broadway) is being developed by Extell. Soon to be the tallest residential building in Manhattan when completed in 2020, the building will house Nordstrom in the base of the building.

ONE57
A bit further afield, the new glass tower, 157 West 57th St, is located at 57th between 7th Avenue and 8th Avenues and houses the Park Hyatt Flagship hotel. Designed by French architect Christian Portzamparc, One57 has great symmetrical views of Central Park to the north.

The Shops at Columbus Circle

The Museum of Modern Art 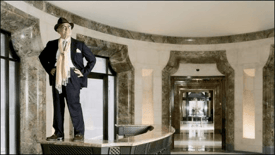 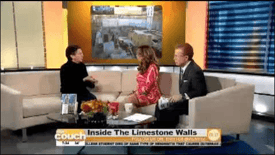 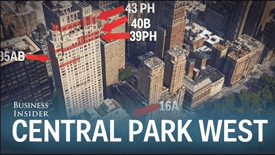 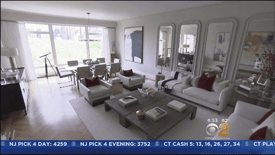 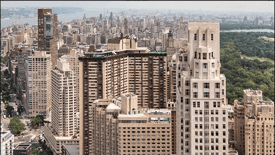 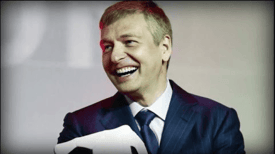 "Central Park West: one of New York’s most sought-after addresses"

"Inside the walls of swanky 15 Central Park West"

"Meet the residents of 15 Central Park West, the world's most powerful address."

"Why Copies of 15 CPW Are Taking Over Manhattan"

Schedule a time to chat with an expert