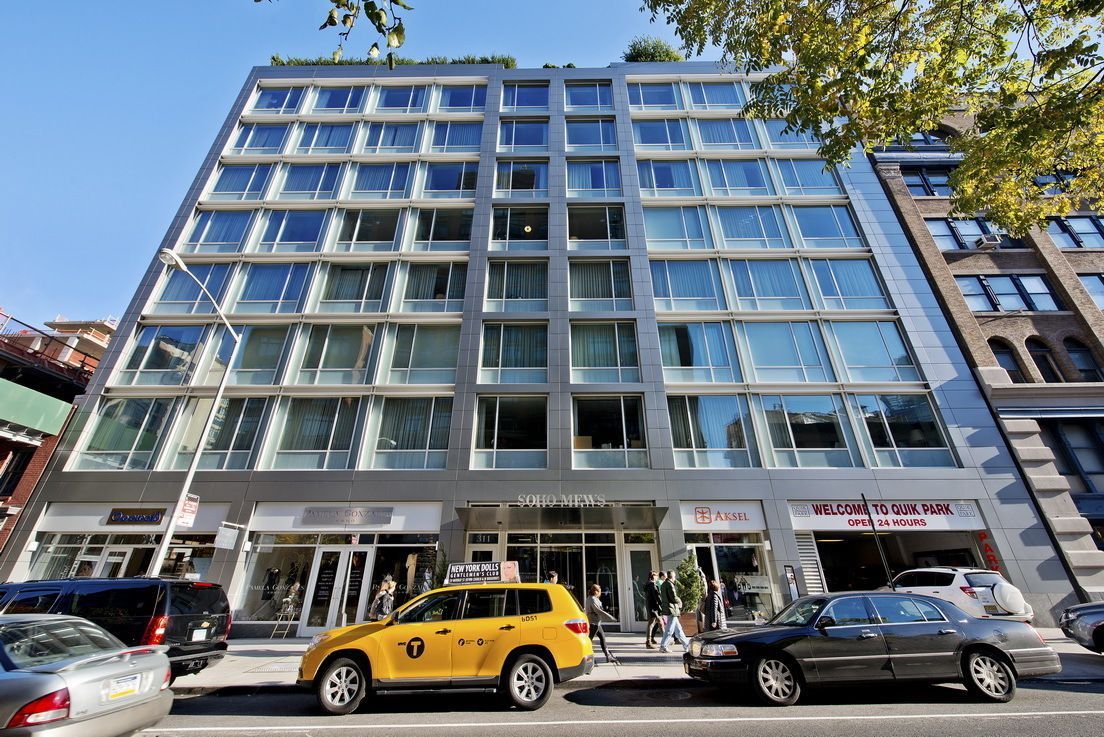 SoHo Mews, designed by Gwathmey Siegal, is one of the few new developments in SoHo.  Comprised of two residential buildings with a private landscaped courtyard connecting the two, SoHo Mews buildings front both West Broadway, across from SoHo Grand Hotel, and classic Wooster St.

Amenities include 24-hour doorman, full-service concierge by Luxury Attaché, attended parking (for a fee) and fitness center managed by Drive 495. There is a 421-a Tax Abatement in effect that significantly reduces taxes for the first 10 years.

Let us help you find the perfect home