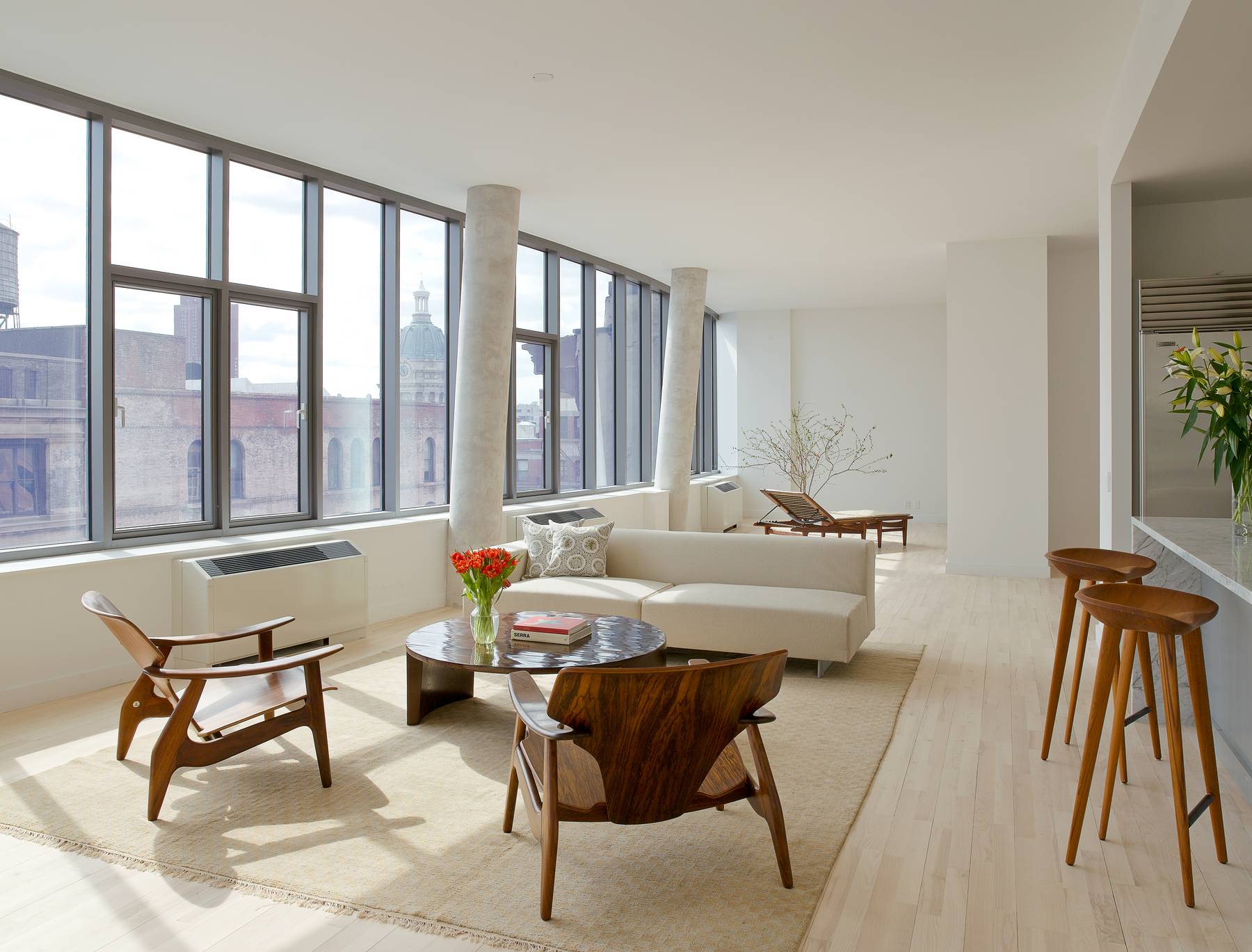 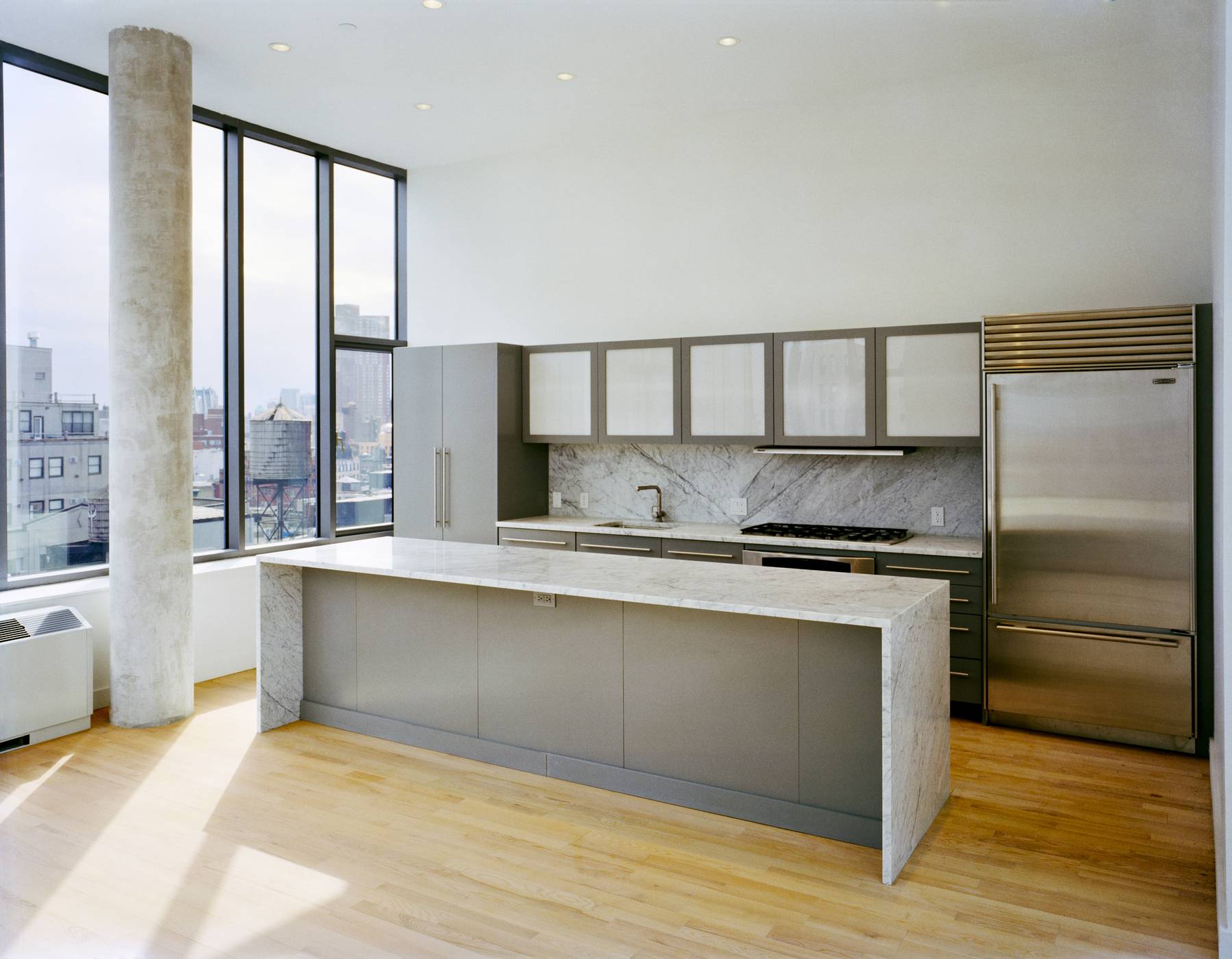 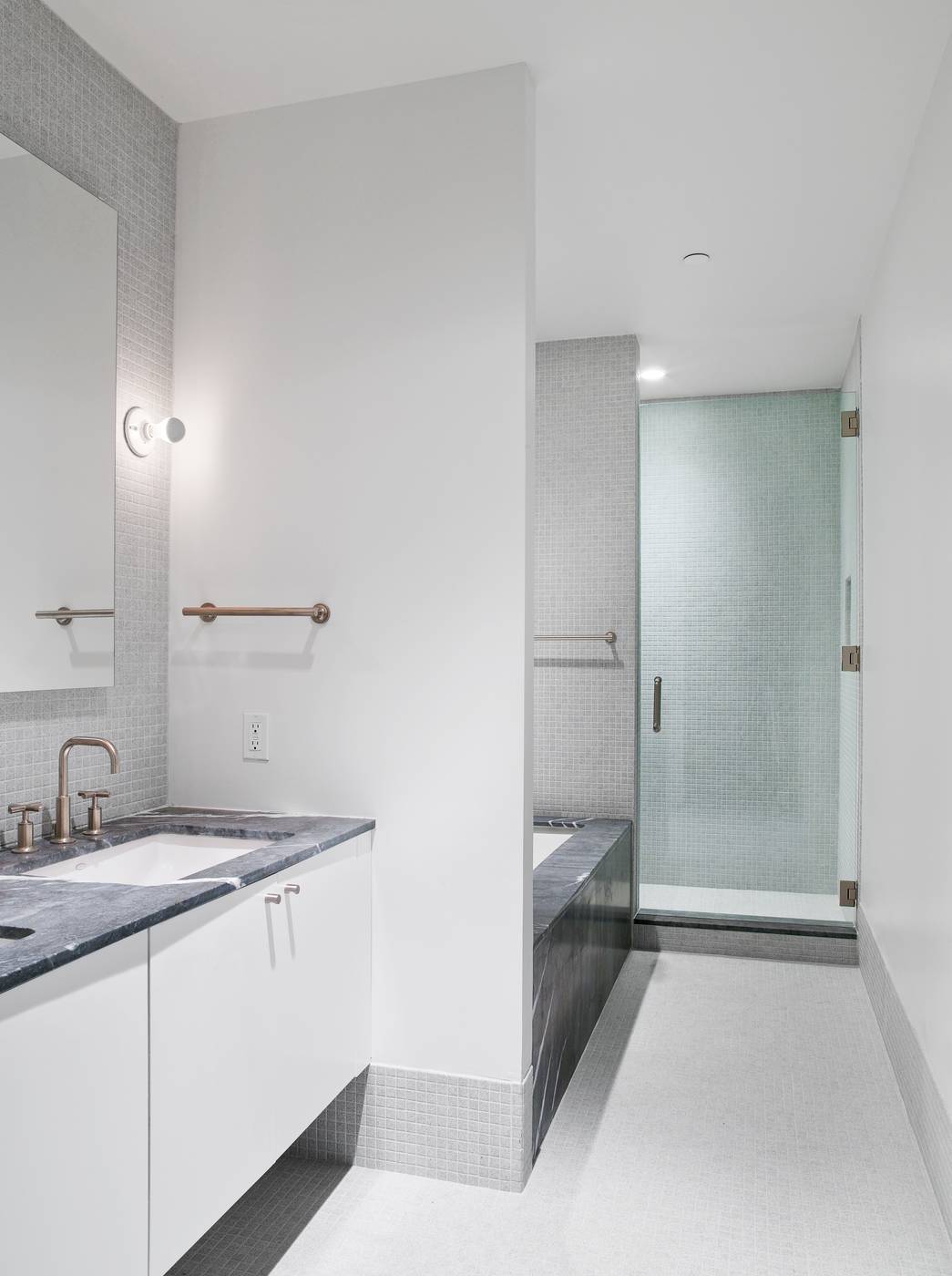 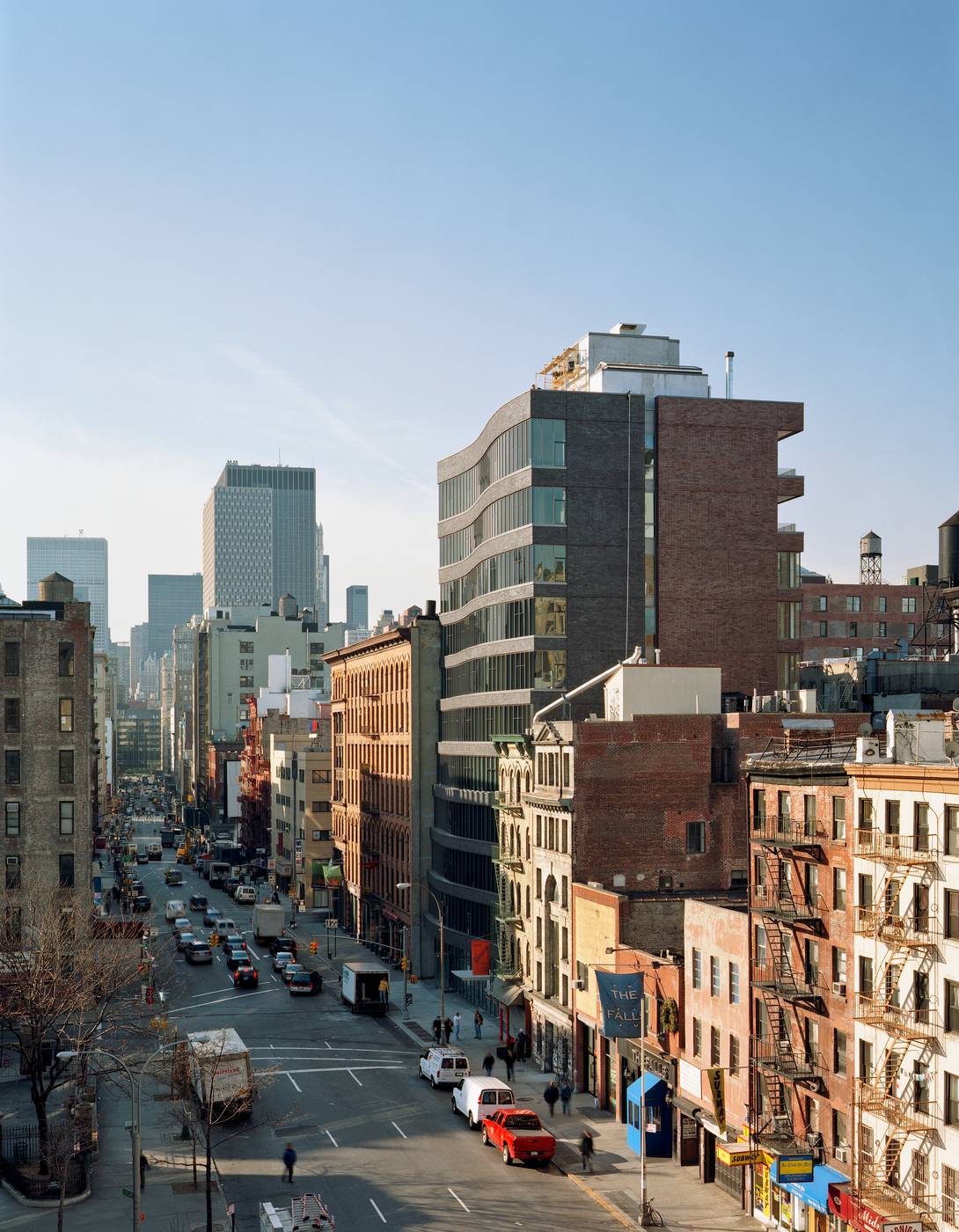 The rough ’artisan’ texture is intended to animate the façade. The continuous aluminum windows are eight feet high. The windows on the street façades are triple-glazed with laminated glass to provide an acoustic separation from the street.

A vertical notch in the building’s north and south faces splits the building in two. While the front half of the building is rendered in the gray brick described above, the volume of building facing the rear courtyard is rendered in a silvery red brick with a smooth velour finish. The rear/West façade of the Lafayette St. building is composed of a seemingly random mix of punched openings. The pattern however is the result of a formula in which every living room has at least 3 windows and every bedroom has at least two windows."

The entrance to on One Kenmare Square is flanked on either side by piers that are wrapped in textured gray ’Pompeii’ lava stone. A canopy clad in anodized aluminum runs the length of the lobby and through the door. The lobby walls and floor are clad in the textured gray ’Pompeii’ stone, cut in long, thin planks. The same stone comes in from the outside to the inside of the lobby on the floor and the walls. In the center of this linear space two volumes are shaped from the same material. One is a long and low volume that can function as a bench and the other a tall and wider volume that conceals the mailboxes behind. A twelve-foot-high wave of pale blue resin runs along the length of the north wall – mimicking the same curve at the front façade."

One Kenmore Square, located at 210 Lafayette Street, has 53 residences assisted by a 24-hour doorman/concierge and video surveillance. It will also have storage lockers in the cellar and a fitness center. The kitchens at One Kenmare Square offers Miele, Thermador, Bosch and Sub Zero appliances with stainless steel finishes and white carrera marble countertops with gray veins. Kitchen cabinets are finished in gray lacquer. All apartments have Bosch washer/dryers.

Let us help you find the perfect home